Well, that was an exercise in futility if ever there was one. The soap looks lovely but that is only half the story. 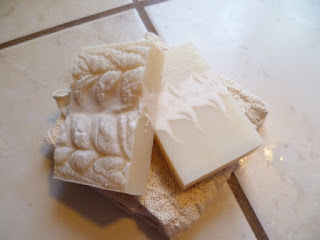 You can definitely see the difference between the high water (the lighter parts along the outside) and the low water (the white swirly part in the center). There are a couple of issues, though. 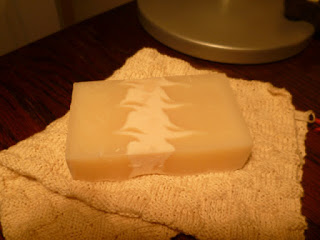 I got distracted when some of my lye decided to make a break for it. I spilled a couple of teaspoons all over my kitchen counter and on to the floor. Everything had to be put to the side and my kitchen cleaned up before I'd even consider moving on.

I posted my results on the SoapMaking Forum and was told that because there's no colourant in my soap, this is a good candidate for rebatching. I ran the numbers through SoapCalc and it looks like that may well be the case. Mixing the two parts together will give me a 40% lye concentration, with a 5% superfat.

It won't all fit in my tiny little appetizer size crock pot so I think it may be the perfect opportunity to pick up a second hand crock pot sometime this week, considering I have this week off (to be used for soap only!).

A closer look at the soap, though, does show the difference between the high and low, subtle as it is. 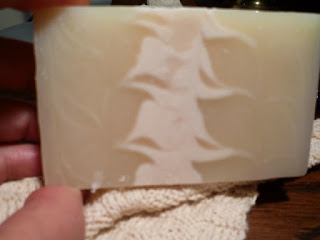